For my IB chemistry class, I conducted an in-depth investigation to figure out which method of cake preparation yields the lightest (least dense) butter cake. The following is a copy of my experiment, complete with statistical analysis and some conclusions.

A quick summary for those not interested in reading 12 pages of chemistry:

The reverse creaming method (the method employed in my Favorite Vanilla Cake recipe) yields the most reliably light cake. The creaming method came close in density, but was more variable. Just mixing your ingredients together all at once created the cake most dense and unpredictable cake.

Which method of butter cake preparation, Creaming, Reverse Creaming, or All in One, will yield a baked cake with the lowest density?

Gluten is the protein central to cake baking. It is formed in dough when the glutenin and gliadin proteins in flour become hydrated and form bonds with each other. Gluten is a very elastic protein that yeast can inflate and create the structure characteristic of bread (Crosby). In bread making, gluten development is encouraged to form a strong, chewy structure; however, cake is designed to be light and tender with a close crumb, differing from chewy breads. Thus, the method for preparing butter cake recipes is often engineered to minimize gluten formation and stretching.

There are three main methods of preparing a butter cake: Creaming, Reverse Creaming, and All in One. The Creaming and Reverse Creaming methods are two approaches that attempt to minimize gluten formation in different ways. They are fairly complicated; however, in my experience, proper execution does achieve light cakes. The All in One Method is much easier than the other two, but in my experience the results may vary more.

The Creaming Method is the tried-and-true gold standard for cake recipes, and it can be broken down into three steps: beating room-temperature butter with sugar, adding eggs one at a time, then alternating adding the remaining dry ingredients with the wet. The first step, the actual “creaming”, is designed to beat as much air as possible into the butter and sugar mixture to create a light texture. The second step, beating in the eggs, is used to build structure from the proteins in the eggs, and is done so one at a time to better emulsify the mixture. The final step, mixing in the dry ingredients alternating with the wet, is designed to minimize the time spent beating the flour, and in turn minimize gluten development.

The Reverse Creaming Method starts by beating the dry ingredients with room temperature butter, so that the fat in the butter coats the glutenin and gliadin in the flour and physically blocks them from bonding. After this initial step, the eggs and other wet ingredients are added. Because the glutenin and gliadin have been coated in fat, the completed batter can be safely whipped more at the end, beating in air, and theoretically lightening the texture.

The All in One Method simply involves placing all the room-temperature ingredients in a bowl and beating. It makes no specific effort to mitigate gluten formation and development.

These three methods of cake preparations will be tested to see which method produces the lightest textured cake, the sample with the lowest density. To measure the density, 10 rectangular prisms of cake will be cut out of each cake layer, and measured on a balance in grams. The dimensions of the pieces will be measured in centimeters using a ruler, and then the measurement for density will be derived using the formula mass/volume.

Which method of butter cake preparation, Creaming, Reverse Creaming, or All in One, will yield a baked cake with the lowest density?

This experiment required the use of animal products, thus the strictest level of consideration of the impact was implemented. The butter came from Kerrygold, an Irish dairy company that only works with grass-fed, free-range cows. The milk and eggs were delivered from a local farm, South Mountain Creamery, which also upholds a strict free-range policy for their animals, the most humane conditions possible. The experiment also involves high temperatures, thus oven mitts are necessary for safe handling.

(The following is needed for each individual layer, so three times the amount listed is necessary for the whole experiment)

All ingredients are needed at room temperature.

Procedure for the All in One Method

A bar graph was chosen to best compare the average densities of the experimental groups. With this graph, the relative differences are clearly visible between experimental groups. The error bars show the standard deviation of the data sets, as listed in Table 4. In addition, a scatterplot was used to show the trend of the densities for every trial.

Many factors contributed to the strength of this investigation. First, rather than using a normal kitchen balance to find the mass of the cake pieces, the cake pieces were measured using a laboratory balance with an error of +/– .0001g. In addition, the experiment used the average of 10 data points for each method, which is fairly representative. While the experiment was for the most part successful, improvements still could have been made to improve the quality of investigation and reliability of results. Most notably, if more trials with more batches of cakes conducted, even more representative data would be produced, with a greater degree of reliability. In addition, stricter measures could have been taken to ensure that each method used exactly the same amount of each ingredient. For example, while most of the ingredients were measured carefully on a kitchen balance, the egg yolks likely varied in weight across experimental groups. Because the Creaming and Reverse Creaming Methods only differed by 0.0172 g/cm3, more trials should be conducted between the two in order to discover the cause of the significant differences in appearance. A future experiment also could examine variables within a single method. For example, researchers could look at the optimal amount of creaming time in the Creaming Method to see if creaming for longer would reduce the density even more. The experiment could also be repeated with a gluten-free flour variety to find the exact extent to which gluten affects butter cake density. 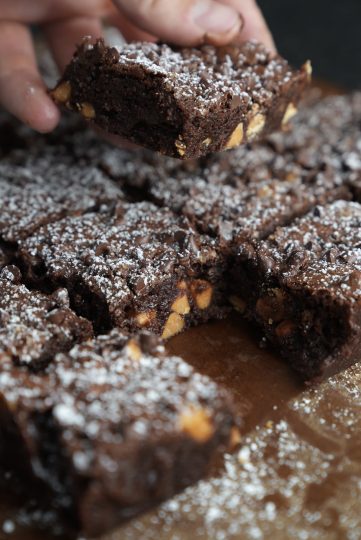 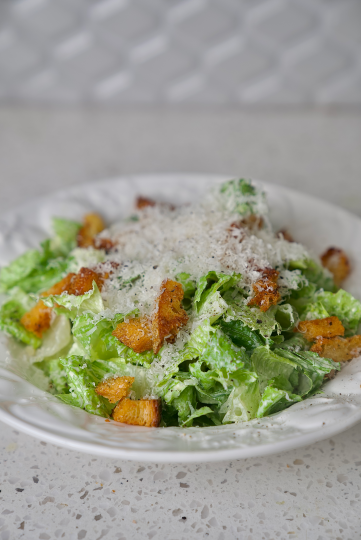 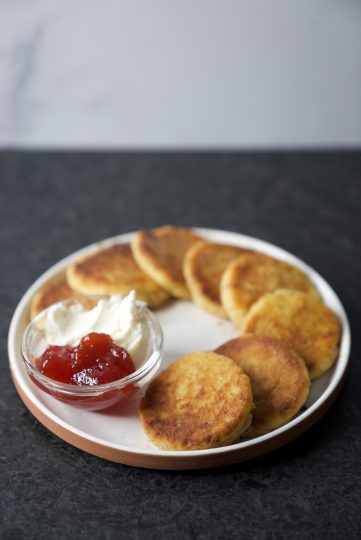 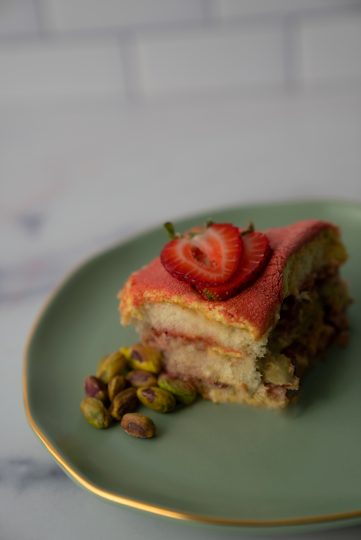 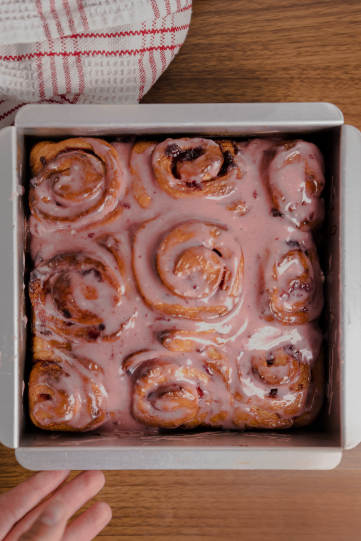